The Move to Oregon is ON

Oregon is becoming a hotspot for those looking to settle down and was the number 1 destination for people moving between states last year. According to a CNN Money article “More than 61% of all interstate moves made in Oregon were for people coming to live in the state.” Oregon even surpassed Washington D.C. to take the top spot. The major reason for the shift isn’t necessarily about jobs or weather but about the Portland Lifestyle. Oregon and Portland in particular, offer a laid back, environmentally friendly, active way of life. Our state offers great scenery, affordable public transportation, an emphasis on living green as well as delicious restaurants and a vibrant nightlife. Portland is becoming the city for millennials wanting to be a part of the “Portlandia” vibe (yes, it’s also where young people go to retire!) and baby boomers looking to slow down.  A booming wine industry, tons of recreational activities and beautiful scenic areas add to the appeal of Portland and the Portland Lifestyle. The lower cost of Portland real estate and living in Portland vs. Los Angles or San Francisco is also an advantage to living in the area. “The median price for a single-family home in Portland, for example, is $265,000 according to RMLS. In San Francisco, it’s $881,000 and in Los Angeles, $481,000 according to Zillow” CNN Money.

What does this mean for the housing industry? Well first, it is attracting more potential buyers to the Portland area. This means it is a great market for sellers because of a multitude of buyers combined with a lower supply. While this does mean there is more competition for buyers this also tells us now is the right time to buy. With more people settling down here now, the numbers are only going to increase as time goes on. Whether you are looking to list your home or are a first time buyer who wants to become a home owner, please give us a call or shoot us an email here at the Portland Lifestyle Team. If you are out of state and wanting to look for a home in Portland, we would be happy to give you more information on housing in the area. We are happy to assist you finding YOUR Portland Lifestyle! 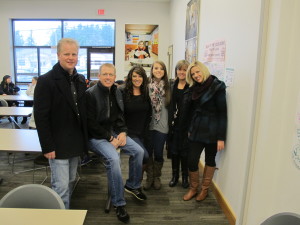